Azzizi is a professional driver based in Jinja. He is married with four children. One of sixteen children, Azzizi dropped out school at age 13 because his parents could not afford to pay for his education. Consequently, he had to work several jobs to support himself and his family from an early age.

Azzizi has not only stabilised his income and thus be more capable of supporting more members of his family, but he will also train one more driver from Jinja Drivers Association and also create one new job when he avails the old car to a new driver. 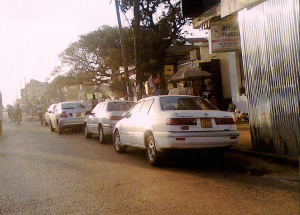